Just as the 2010 Porsche GT3s are reaching local dealerships with a new 3.8L motor installed, SharkWerks' Viper Green GT3 RS (AKA "ZKERMIT") is having its 3.8L motor removed.

The 2010 997 GT3s feature a 3.8L motor, a bump up from the 3.6L featured in the 2007-2008 997 GT3. We built a similar 3.8L motor for ZKERMIT and battle-tested it for 19 months with tuning performance partner, Evolution MotorSports. So after 100s of dyno runs, many track miles (some with pro drivers), and several state highways worth of road testing, we decided to up the ante.

Considering how great the 997 GT3 motor is from the factory, it's very hard to justify removing it from the car. 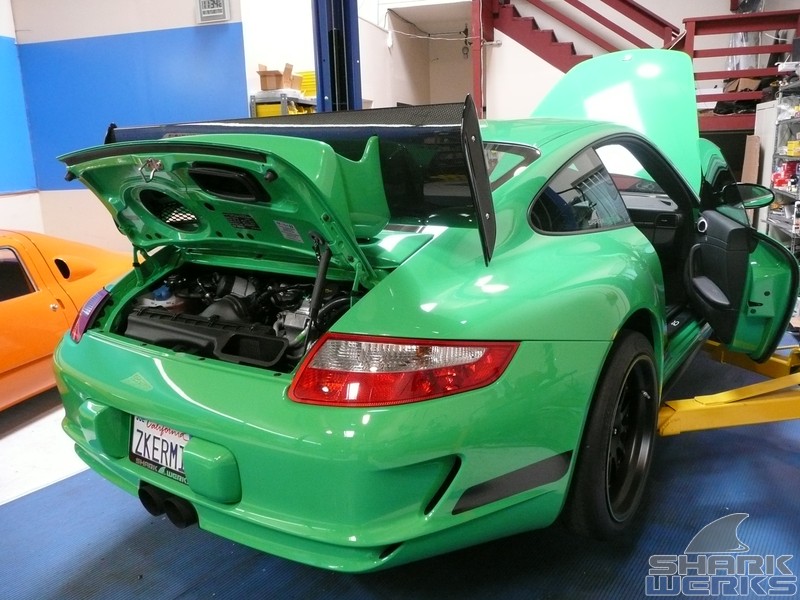 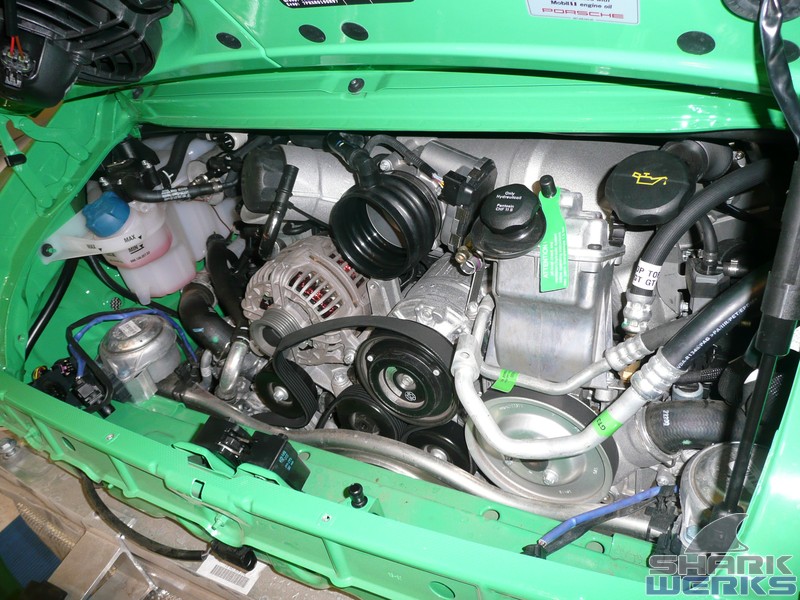 The intake and accessory belt, hoses and electrical connections are removed to facilitate the removal of the 3.8L installed some 11,000 miles ago. 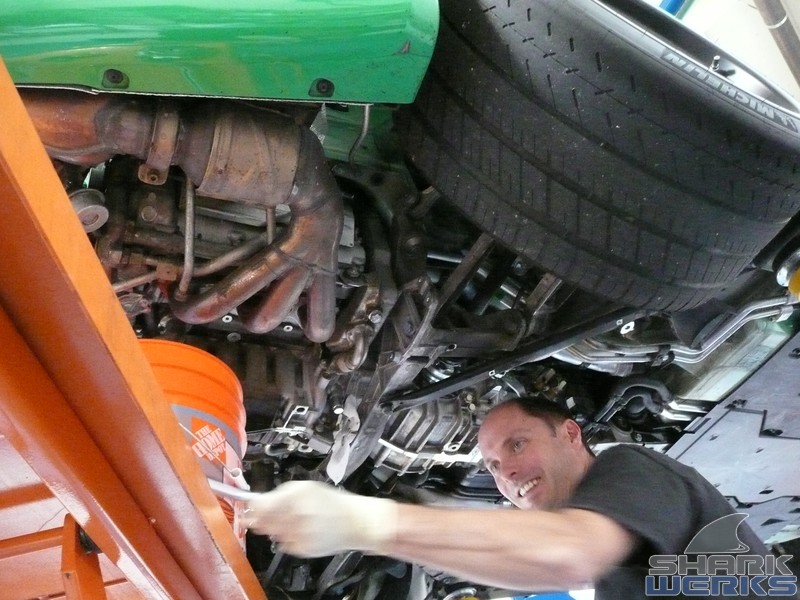 Before the engine is lowered, coolant is evacuated. James must remove several covers, cross-braces and subframes, the rear sway bar, driveshafts, mufflers and SharkWerks bypass, transmission cooler lines and more. 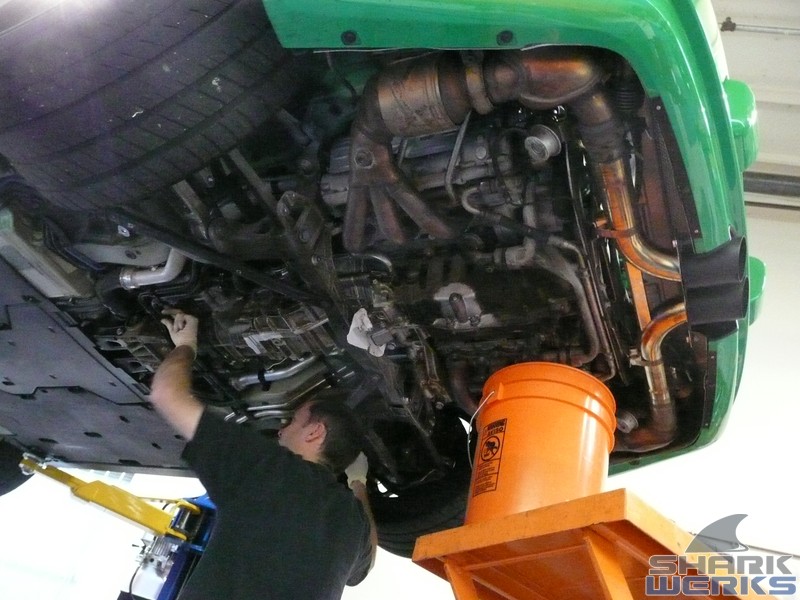 The motor is gently removed from the car, carefully checking along the way to be sure nothing snags or extends beyond its capability. 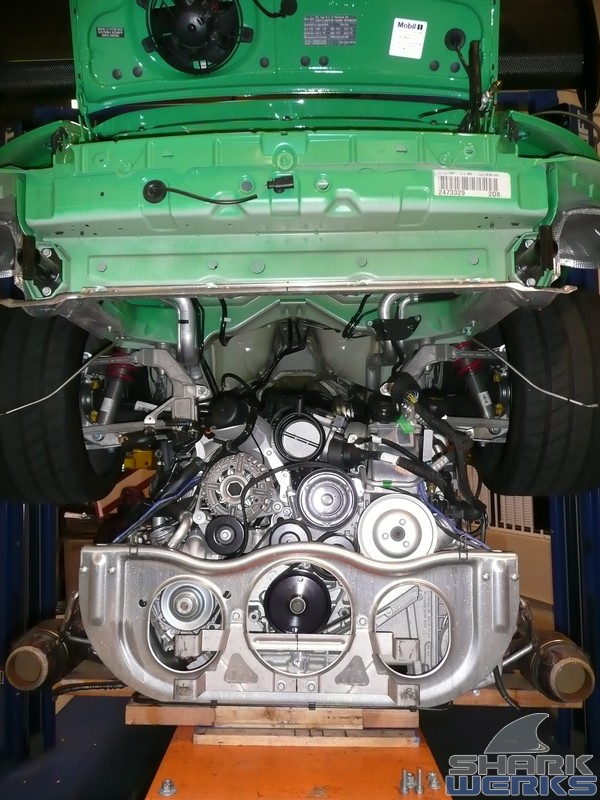 It looks like Jürgen will be walking home today... 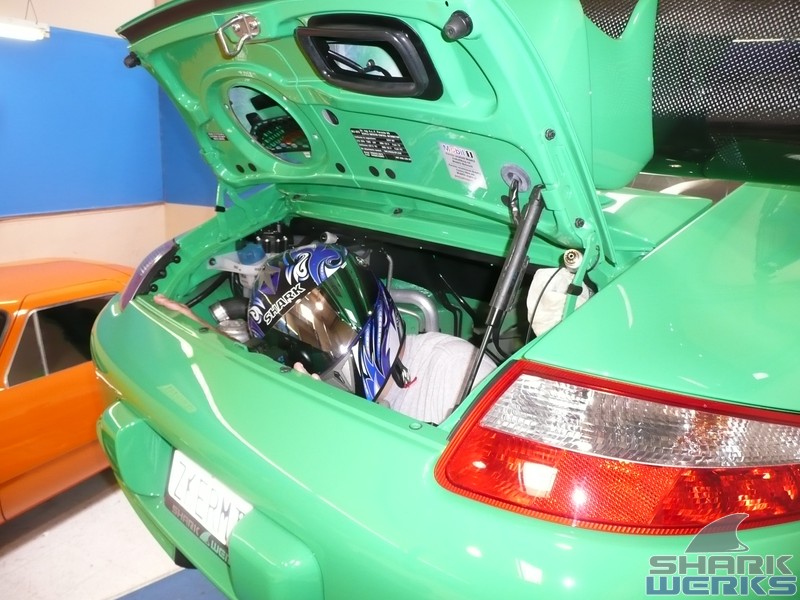 A mountain of accessories and items must be removed in order to gain access to the internal components: fuel rails, oil filler, air conditioning lines, emission controls, Variocam electronics and harnesses, valve covers, heads, and so-on. 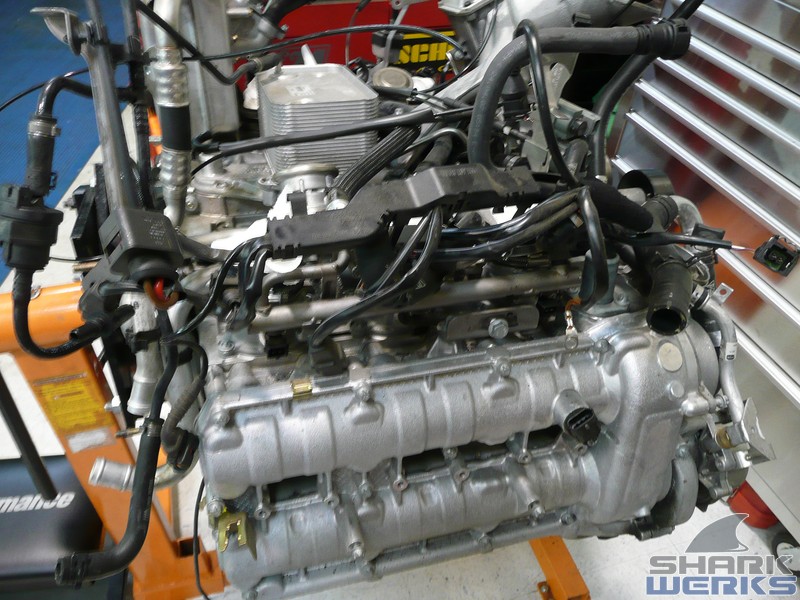 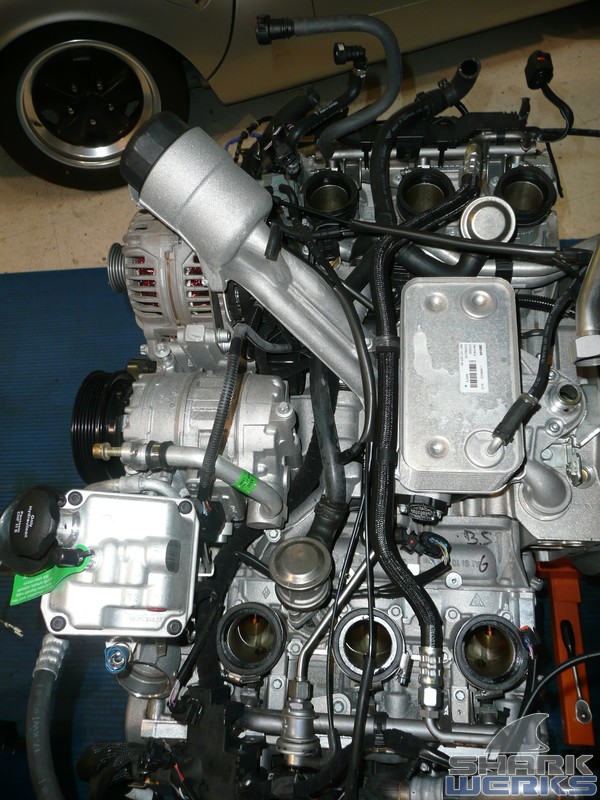 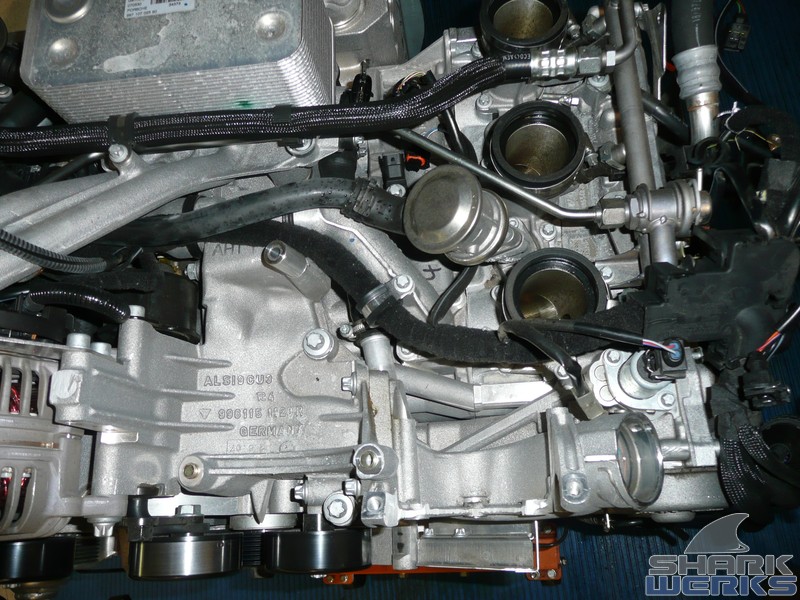 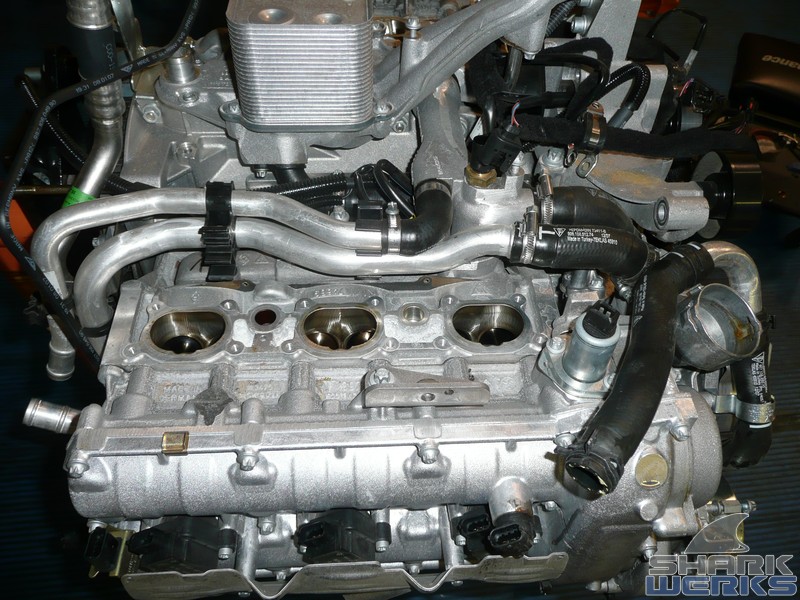